How Safe Is Botswana For Travel?

Spend any time watching the news on TV and you could be forgiven for thinking that the world is a scary place. One country you’ll rarely hear about, however, is Botswana – and that’s because this is a country where bad news is in short supply.

Many travellers to Africa – especially if it’s their first time – naturally have concerns and questions about their safety. Fortunately, the short answer to the question at the start of Botswana is yes – Botswana is (on the whole) a very safe place to visit.

On the Global Finance list of the World’s Safest Countries for 2019, Botswana is #41. This index considers the risks from warfare, natural disasters and personal security. Botswana is ranked as the safest country in Africa, and to put its position in the list in context, the UK is #38 and Japan is #43.

In this blog, we’re going to look at safety in Botswana in more detail and give you a sense of just why it’s rated as such a risk-free place to visit.

Unlike many African countries, Botswana’s flag features no red. That’s because, during its independence, no blood was shed – the transition from colonial rule was organised, peaceful and untroubled. Mozambique’s flag, in contrast, features an AK-47 assault rifle – the road to independence there was much rockier.

Until 1966, Botswana was known as the Protectorate of Bechuanaland. At the end of the 19th Century, the local chiefs had approached the government of Queen Victoria, seeking protection from the expansionist plans of white-ruled South Africa.

At the time of independence, Botswana was one of the world’s poorest countries. Fortunately, it had a lot going for it: a remarkable leader in the shape of Sir Seretse Khama, a largely homogenous society with no history of ethnic tension, and an inherent sense of democracy derived from the kgotla system of village meetings.

Botswana also had some of the world’s richest diamond deposits, but these were only discovered a little later. When they were, the revenue was used to build roads, schools and clinics – not palaces. 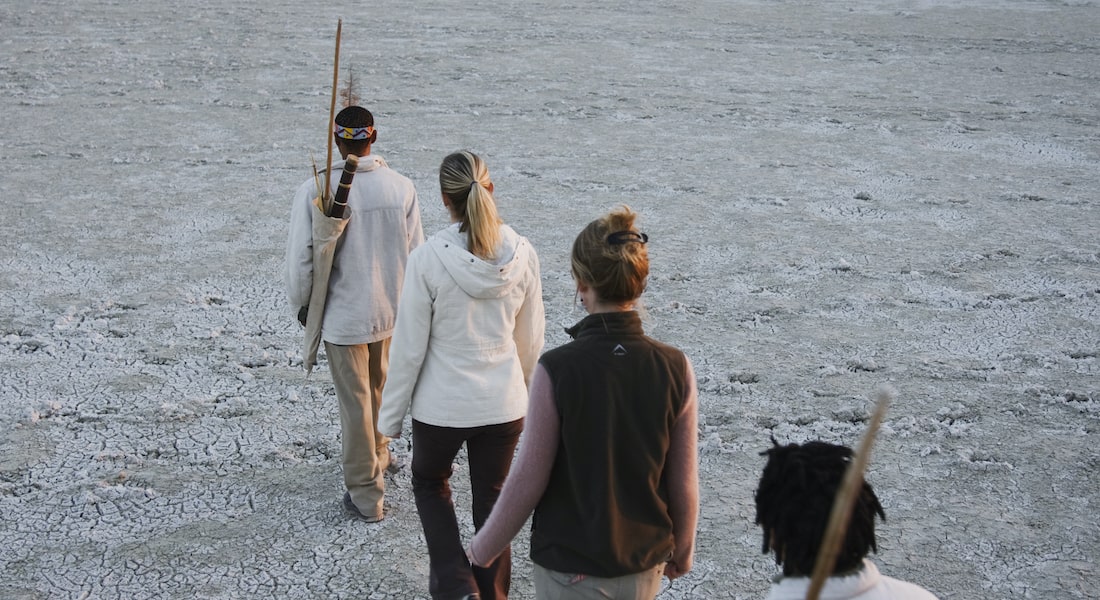 Botswana has been a well-run parliamentary democracy for over 50 years – it’s almost impossible to imagine any political unrest here, let alone a coup or civil war.

Each time the regular elections come around, there is a vigorous debate in the free press, and people take their duty to vote seriously. The same party has been in power since independence, but that’s because the Batswana keep voting for them in free and fair elections.

Batswana are generally happy to discuss the political situation with visitors, but it’s worth remembering that people here are justifiably proud of their collective achievements. Uninformed criticism from outsiders might not be well received!

Rates of crime are generally very low in Botswana – especially when compared to neighbouring South Africa. In fact, you’re more likely to experience crime on your journey to Botswana than once you get here.

There have been reports of baggage theft in Johannesburg airport, so it’s advised to lock your bags or use one of the wrapping services in your airport of departure.

Most of the crimes reported in Botswana are petty theft, such as pickpocketing or theft from unattended vehicles. Violent crime is extremely rare, and most people are very law-abiding.

That said, it’s as well to be sensible to avoid creating temptation. When you leave your vehicle, lock it, and put any valuables out of sight (this will also protect items like laptops and cameras from the heat).

Especially in Gaborone, Maun and Francistown, avoid poorly lit streets or lonely areas after dark and always be aware of your surroundings and the people near you. As we said, you’re very unlikely to be the victim of a crime – common sense is all you need to keep you and your belongings safe.

These are also very rare in Botswana, with seasonal bushfires being the only sudden hazard you might possibly encounter. Very minor earth tremors are occasionally recorded, while the annual Okavango flood is too slow-moving to represent a danger.

In summer, heavy rains can make roads impassable, and lighting is a potential danger if you get caught outside in an electric storm. Otherwise, Botswana is generally untroubled by acts of God. 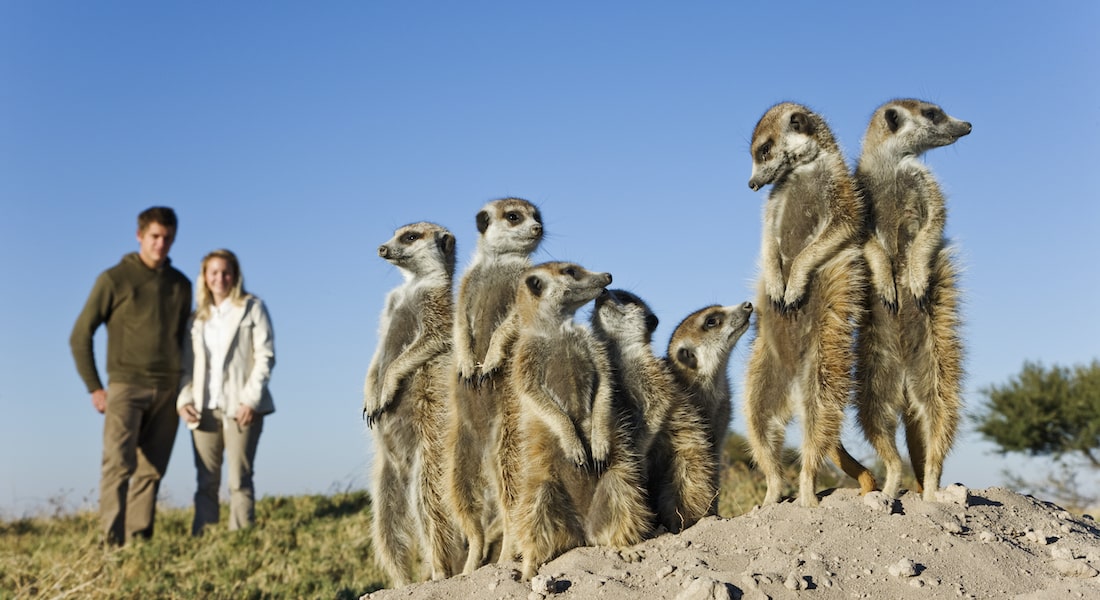 Botswana does have some laws that may differ from what you are used to at home. For example, as a visitor to Botswana, you’re required to carry some form of ID on you at all times (a copy of your passport will suffice).

Any form of drug use is completely forbidden, with stiff penalties (including prison sentences) for use or possession of drugs that may have been decriminalised elsewhere. Our advice is to steer well clear of drugs in Botswana: under no circumstances should you try and bring drugs into the country or attempt to buy them while you’re here.

Botswana’s penal code may seem a little outdated, but it is gradually being modernised. A good example is the fact that homosexuality was only decriminalised in 2019. While it is no longer against the law to be in a same-sex relationship, society as a whole is still quite conservative and public displays of affection between gay couples may lead to unwanted tension in social situations. That’s less likely to be the case in Gaborone, but outside the capital, you could well be the first openly queer couple that people have ever met, so it pays to be mindful of their sensitivities.

Wearing camouflage clothing is prohibited (and also completely unnecessary on safari, unless you want to look like a hunter). Similarly, taking pictures of government or military vehicles and buildings is illegal.

When it comes to taking photographs of people, their houses or livestock, it’s only polite to ask – as you would anywhere in the world.

In general, it’s very safe to travel around Botswana as a woman, even if you’re going solo. The vast majority of Batswana will be polite and respectful – as they are to everyone.

If you do travel alone as a woman, expect to be asked if you have a husband or boyfriend – and to get offers of companionship if you answer in the negative. Wearing a band on your ring finger is a good way of deflecting this kind of attention.

Drinking alone in a bar late at night may inadvertently give off entirely the wrong impression, as your fellow drinkers may wrongly form the idea that you’re a sex worker. While you’re very unlikely to be physically harassed, the verbal attention can become a bit much on occasions.

Although Botswana has no particular dress code (as you might find, for example, in Muslim countries), you’ll notice that the locals dress as well as they can afford to, all of the time. At lodges or hotels, Western norms tend to apply. However, when you’re out and about, dressing modestly will make a difference in terms of how you’re received by people. This goes for men as well as for women – and is especially important if you are going to a government office.

Botswana’s roads are generally fairly quiet. However, the combination of long, empty stretches of road (where nodding off is a risk), wandering livestock and wildlife, and the fact that far too many people drink and drive (despite it being illegal – don’t even think about it if you hire a car) means that accidents do happen.

Always obey speed limits and road signs and expect very occasional police roadblocks. Ensure that you have your licence and international driving permit, and the vehicle’s insurance papers with you.

You should carry a spare tyre, a jack, tools and spare water on every journey, and spare food and perhaps bedding on longer journeys. Let someone know where you’re going and when to expect you and remember that you won’t always have phone reception. If you’re heading into remote areas, consider taking a satellite phone.

If you should break down, don’t leave the vehicle – you’ll be much easier to find if you stay with it.

Although most visits to Botswana are trouble-free, there are some health risks you should be aware of. We recommend that you visit a travel clinic a few months before you come to Botswana and let them know exactly where you’ll be going.

Malaria is present in Botswana, and you shouldn’t take it lightly. In fact, if you’re pregnant, you should consider not visiting Botswana for this reason. Seek (and follow!) medical advice on prophylaxis, and above all, avoid getting bitten by mosquitoes.

That means wearing long sleeves and pants at dawn and dusk especially, using insect repellent, and sleeping under a net. If you experience malaria symptoms even after your trip, have a blood test immediately.

Botswana has a high rate of HIV/AIDS infection, so if you think that your holiday may involve some romance, take sensible precautions including always use a condom.

Both of these can be quite fierce in Botswana, especially during the summer months. It’s best to avoid the midday heat, and always wear a hat and sunglasses, and use sun cream. Most common heat-related health problems can be avoided by keeping hydrated.

Which brings us to the question of water. Tap water in towns is probably fine, but it may not be quite what you’re used to. In lodges, the tap water is all filtered.

However, to avoid any risk of an upset stomach, rather drink bottled water. It’s widely available and cheap, so there’s no reason not to. Just please recycle all those plastic bottles!

As an Okavango Expeditions guest, you must have comprehensive travel and medical insurance, including cover for emergency evacuations.

On safari, we’ll be heading into very remote areas – beautiful, but far from any hospital. All our guides are fully trained in first aid and we carry a comprehensive first aid kit on every expedition. However, in the very unlikely event of a serious accident, it’s vital that you have enough cover to get you to the nearest centre of medical excellence (in most cases, Johannesburg).

If you take one thing away from this article, it should be an emphatic yes! Botswana is a very safe place to visit and you will have a wonderful time here. Taking a few basic precautions will make you even safer, and as one of our guests, you’ll have a dedicated team of experienced professionals taking care of you.