The hippopotamus holds a special place in Okavango Expeditions heart  since we made it our logo, as it is so emblematic of the Okavango marshes .

On a safari in Botswana, you will encounter the hippo in the rivers, flood plains and marshes of the Okavango Delta or along the Chobe River. Never underestimate him because under his clumsy looks, he is a lively and unpredictable animal which can be very aggressive. It is rightly considered as one of the most dangerous animals in Africa and serious or fatal accidents are not uncommon.

Contrary to what Carl Von Linné * thought when he called him “Hippos Potamos”, the “river horse” referring to his semi-aquatic lifestyle, the hippopotamus has no connection with the horse. The most recent molecular, DNA and fossil studies have shown that his closest relatives are in fact cetaceans, therefore whales, dolphins and porpoises, with whom he shared a common ancestor some 60 million years ago.

Some ancestors of extinct hippos lived in Europe and the Middle East before the last ice age. The modern hippopotamus has disappeared from North of Africa where it was present.

A heavyweight… capable of speed spikes!

The hippopotamus is one of the heaviest terrestrial animals, being surpassed in weight only by the elephant and certain rhinos.

Although they spend a lot of time in the water and have webbed feet, hippos are poor swimmers and do not float well. Once underwater, however, they can move along the bottom by walking or jumping.

Contrary to appearances, once out of the water, the hippo can reach 30 km / h over a short distance to carry a very impressive charge. 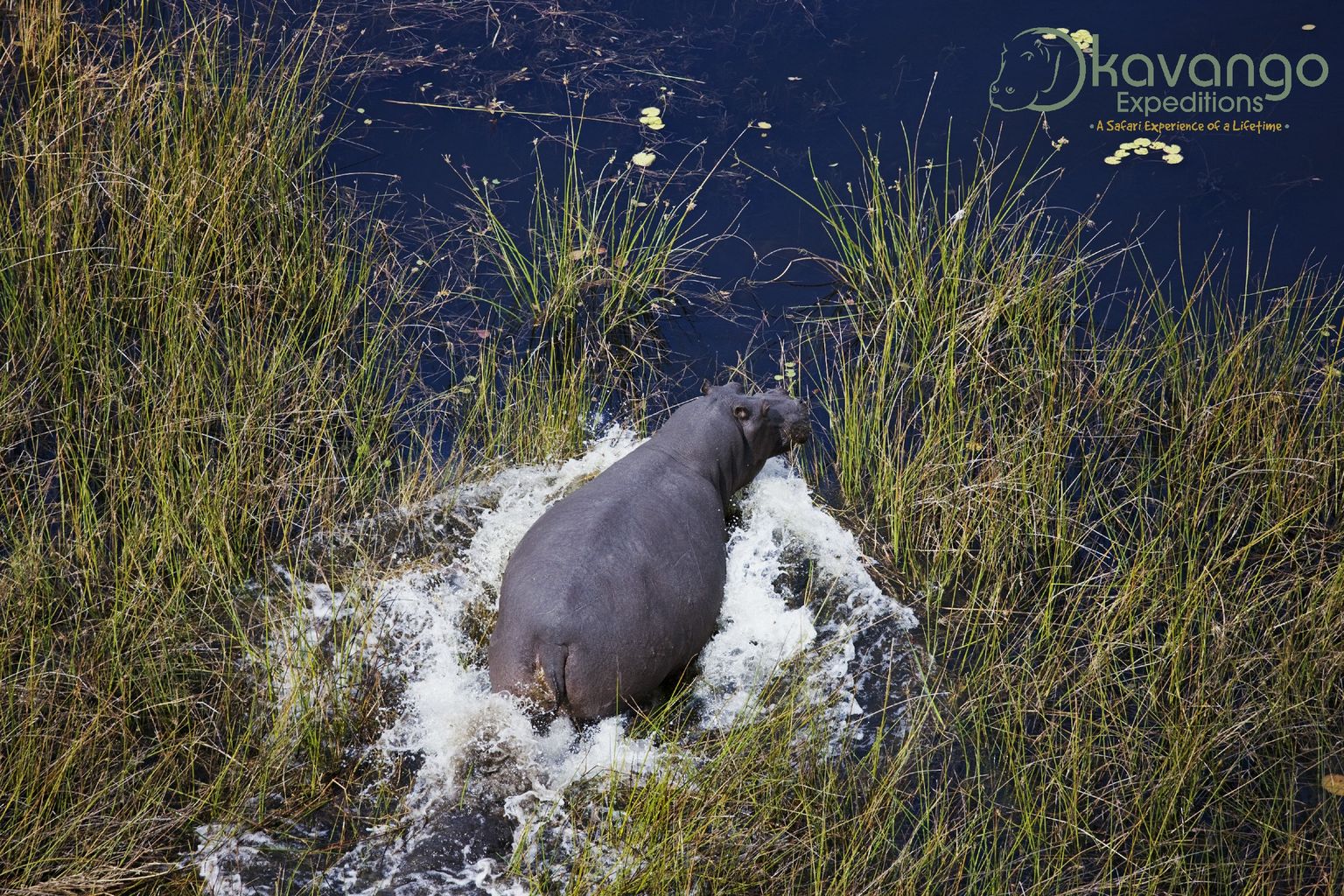 Its morphology and its feeding

An adult measures approximately 1.5m at the withers and 3.5 to more than 4m in length.

The hippopotamus is semi-aquatic and therefore spends most of the day in the water.

His eyes, ears and nostrils are located at the top of his skull, allowing the functioning of these organs when the rest of the body is immersed.

When he dives, his nostrils close and his ears fold. When it resurfaces, the nostrils open when it exhales, its ears straighten, thus projecting a fine rain of droplets. 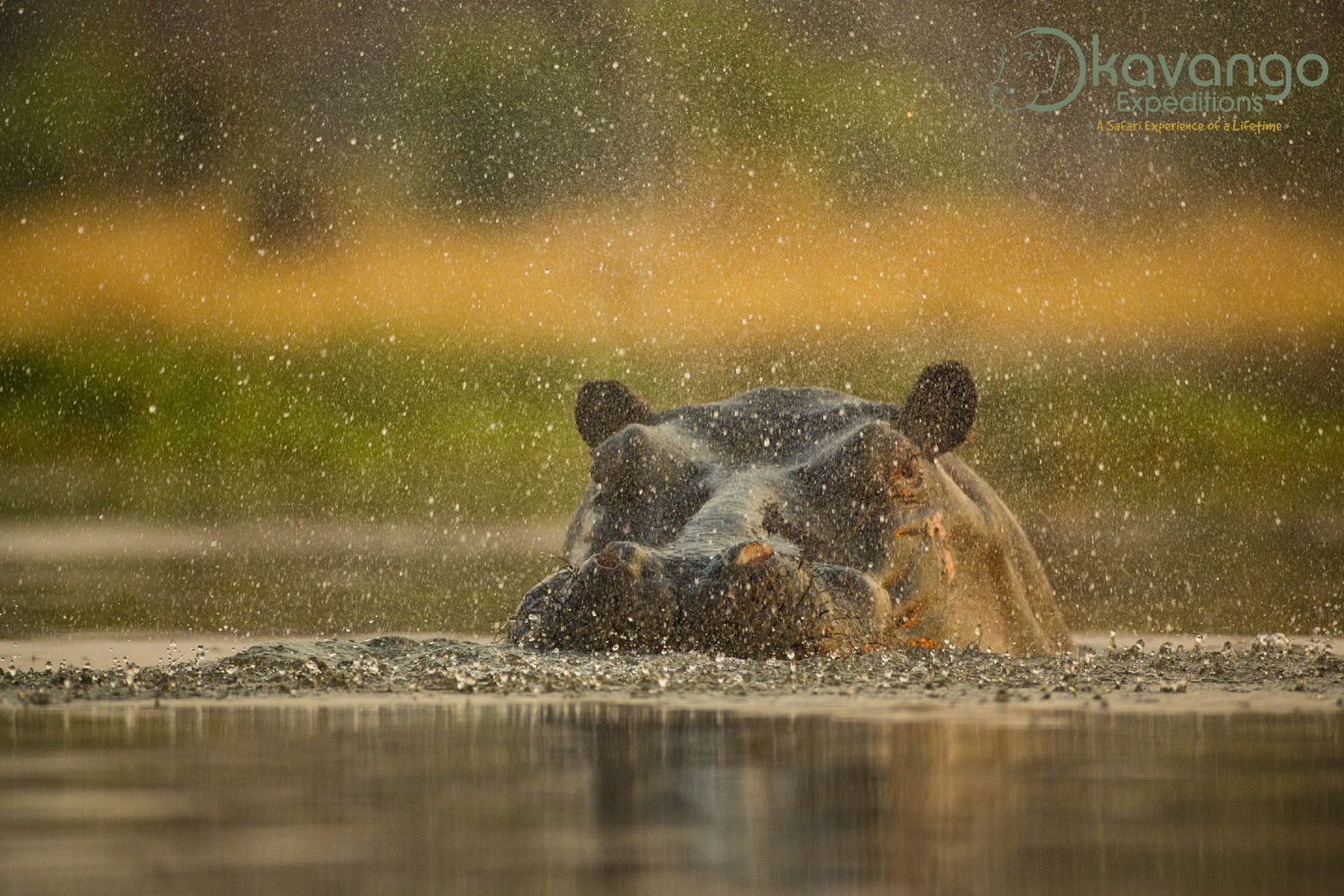 Hippopotamus projections when it pulls its head out of the water 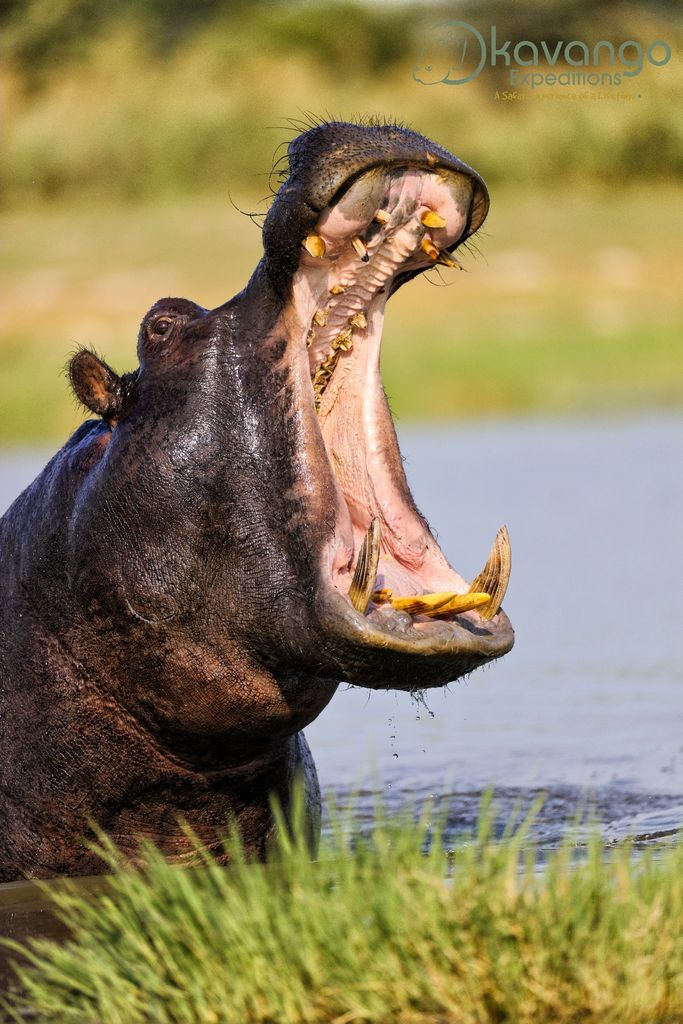 The large and impressive hippopotamus mouth

His jaw is powerful and he can display impressive canines (about 50 cm and up to 70cm) and incisors (about 40cm) which he uses for combat and which sharpen by rubbing against each other.

He uses his large lips to graze and chews with his molars the nearly 70Kg of herbs and aquatic plants from his daily herbivorous diet. He has no less than 3 stomachs but does not ruminate. To feed, he spends 4 to 5 hours each night on the surrounding banks and pastures, creating real roads and thus participating in the plant balance of the banks.

It also actively contributes to the development of plankton (diatoms) thanks to the excrement it releases into the water.

These excrements are also used to delimit their territory on the banks where they are expelled vehemently by rapid movements of the tail.

The hippopotamus has a fragile skin, brown, gray or purple, tinged with pink, with a few sparse woolly hairs on the upper part of the body in young people, but only short and thick bristles are found in adults , often curled at the muzzle, ears and tail. When exposed to UV light, hippopotamus’ skin secretes a slimy brown / red substance that protects it from sunburn and drying out.

However, it must return to the water regularly to preserve its skin but also to ensure its thermoregulation because it does not have sweat glands.

Their lifespan is between 40 and 50 years.

Its behavior and reproduction

Although living in groups where they tolerate and accept contact, hippos are territorial and not very sociable. Herds are made up of a dominant male, submissive males and females, generally comprising 10 to 15 hippos, or even up to 50 hippos, and can sometimes reach greater densities. Excluded lone male groups may also form. They can be very aggressive with each other, a female defending her cub or a male defending his territory and will not hesitate to attack intruders.

Their characteristic language is powerful combining groans and roars.

On the reproduction side, the hippopotamus reaches its sexual maturity around 3 to 4 years, the females wait until 8/9 years before reproducing and the cycle of births is spaced by 2 years. After an aquatic mating and an 8 month gestation, the females isolate themselves to give birth to a young (20 to 50 kg) and will not join the herd after 10 to 40 days. The mother and her baby forge strong ties, the mother carrying her baby on her back or her neck in the water. Babies are able to suckle underwater and weaning takes place after 8 months. The young are sometimes grouped under the supervision of other females to allow the mother to go and feed.

The most dangerous animal in Africa?

Attacking its congeners or other animals considered as intruders on its territory, on ground or in water, the hippopotamus is also responsible each year in Africa for numerous deaths in humans, up to 500 annually which is more than lions or elephants.

The hippopotamus therefore represents a real danger for humans and must be approached with great care. These figures are however to be balanced against the deaths linked to snakes or mosquitoes which kill several thousand Africans each year.

Although not threatened in Botswana, the hippopotamus faces repeated droughts, poaching and a reduction in its territory under human pressure outside protected areas.

Join us on a mobile safari in the heart of Okavango to meet the hippo and other wonders of Botswana! 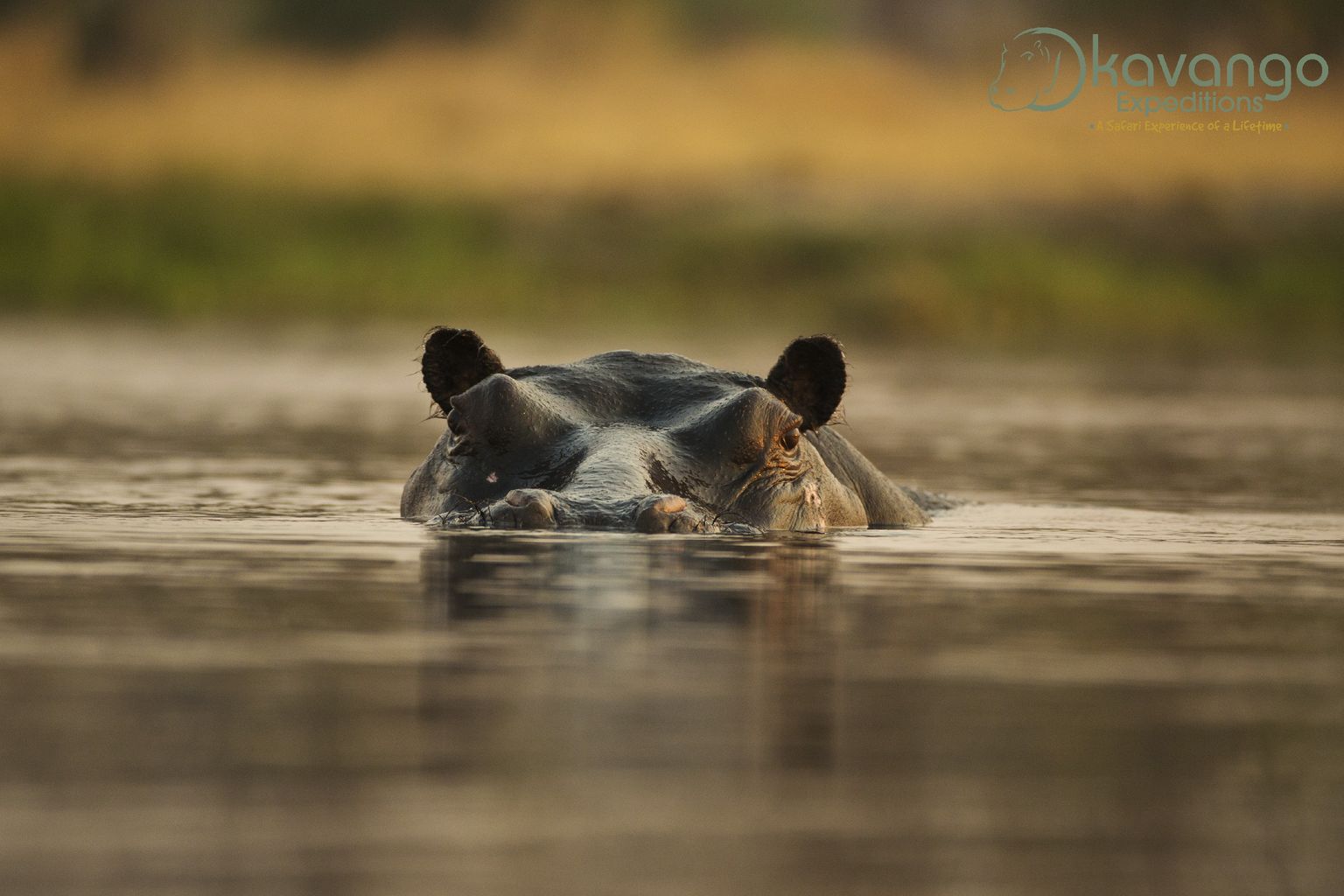